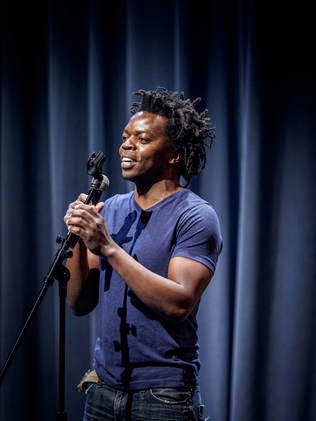 His family exiled from the country of Malawi, Ignatius “Iggy” Mwela didn’t experience an average adolescence. From struggling as a homeless teen to excelling as a college graduate and successful performance artist, Mwela is truly an African-American with a story to tell. He has a way with words and a flair for flirting with language. Mwela demands the attention of your visual and auditory senses. However, poetry wasn’t always Mwela’s infatuation: “I remember losing a bet which forced me to attend an open mic. After watching the first performance poet I fell in love with the art. I love illustrating the moral fibers of culture.”

Capturing the title of 2009 Grand Slam Champion, thus sealing his membership on Chicago’s Mental Graffiti poetry team, Mwela excelled as an artist alongside Chicago’s finest authors, poets, and performers. Demanding your attention through the power of his words and presence, Mwela’s poems strike an array of topics. Performing all original pieces, Mwela captures a strong dynamic style that is truly unique. Erika Wurst (Journalist for the Chicago Beacon News) writes, “Iggy is more than just a slam poet. He is a writer and an educator, an inspiration and a force to be reckoned with.”

A stage presence possessed by none other; watch him make you cry one moment, think the next, and laugh in the end.

As Co-Founder of COMETRY, Iggy has helped create one of the most innovative forms of 'edutainment' today and been a part of over 250 high schools, colleges, and universities across the country. The duo has impacted the lives of over 280,000 students. He is truly a person you want to get to know, a likeable kind of guy.


WHAT THEY’RE SAYING ABOUT IGGY MWELA

"My classes were wowed, inspired, and amazed by Iggy's performance! He brings the soul of an artist and the perspective of a world traveler to his lyrics, which are insightful, moving, and poignant. No one should miss a chance to see and hear this very gifted young artist."
~Cynthia Fioramonti, Teacher
East Aurora High
Aurora, IL
​
Contact Iggy: Iggy@cometry.org 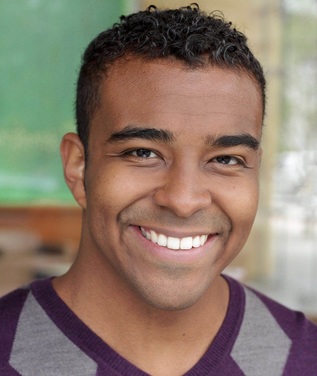 Andre Bradford, A.K.A. S.C. Says, is an Austin Slam Poet who has been performing poetry since 2013. He's performed at venues across the country and was a member of the 2015 Austin Poetry Slam Team, which are currently the national group piece champions. He's made final stage at Texas Grand Slam and placed 2nd in the Southwest Shootout Poetry Slam Individual Contest in Albuquerque this past year. His poetry covers a gamut of topics ranging from being mixed race, to gun control, to never settling. Slam poetry is an art form he loves due to its raw vulnerability and it's ability to cultivate transparency and dialogues into many different walks of life. He is currently a member of the 2016 Austin Poetry Slam Nationals Team competing in Atlanta this August.

﻿WHAT THEY’RE SAYING ABOUT Andre Bradford: 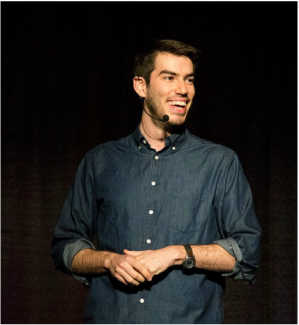 Esteban Gast is a Colombian American living in Illinois. His early childhood was spent in Puerto Rico before moving to Illinois and becoming interested in entertainment and education.

As a student at the University of Illinois at Urbana-Champaign Esteban won the University's "Last Comic Standing" competition numerous times and started working with comedians of all kinds, such as Colin Jost (SNL), Andy Haynes (Conan), and Marina Franklin (Chapelle's Show). He was creator and producer of "Illini Showtime with Esteban Gast," a late-night style comedy show presented in the Illini Union.

Esteban is very involved in the world of education. He teaches ENG 333/598: Creativity, Innovation and Vision in the College of Engineering at the University of Illinois. He has helped write two textbooks on creativity, including"Building Your Creativity: Tools for having ideas and bringing them to be" which can be found on Amazon. He also taught public speaking at the college level. Previously, Esteban worked as Education Director for Kalu Yala Internships in rural Panama.

As an entrepreneur, Esteban has founded a few businesses including LookBack, a social business that sells sunglasses and donates proceeds to charity, and JumpStart, an education venture. He also served as co-Director of the Entrepreneurship at Illinois Fellowship program.

As a performer, Esteban has traveled across the Midwest performing stand up comedy. He is regularly a feature comedian working in comedy clubs and frequently performing in venues in Chicago, St. Louis, Peoria and the Quad Cities. He writes frequently and his writing can be found online, as well as his other projects including the popular web-series "Do Something Amazing for Someone Amazing"). You can also find his recent comedy-musical "Found and Lost: The Story of Pluto" on YouTube. A few astronomers retweeted it, so you know it's good.
In 2015, he was honored to give aTEDx talk on the power of entertainment to make a difference.


WHAT THEY’RE SAYING ABOUT Esteban Gast:

"(Gast) has the wit and conversational ease to make it fun and interesting."
~Champagne News Gazette

"It's obvious this funny man doesn't need a script to crack a joke."
~Impulse Magazine 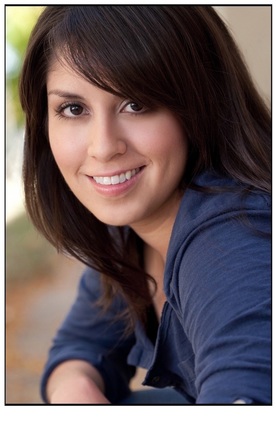 Claudia Martinez is a well-rounded artist, with skill sets ranging from improv to acting,  to stand-up comedy, and the camera is no stranger to her. She hails from the lush horse country haven of Elgin, IL. She's a professionally working actor in Chicago; trained in acting and comedy (and also performs regularly) at The Second City, i.O Theater, and The Annoyance.


She's performed with several house ensembles and duo’s at i.O., The Second City as an ensemble member writing and acting in four original revues. Later she joined the Outreach group as a teacher and facilitator, teaching at risk youth the fundamentals of improv and comedy. Claudia was fortunate to join The Second City Works, lending her real-world business experience and acting to several corporate industrial and commercial shoots including Holiday Inn Express, The Live special Clorox Ick Awards with Rachel Dratch, and the Nationally toured All-State sketch show 'Drive it Home'.


Other accolades include the "Five to See" by Metro Mix, The Reader magazine and Time Out’s Recommended shows, citing "the richest most cleverly surprising shows seen in years." -and- "if these routines had the benefit of full sets and costuming they'd stand up against anything on TV". She's also had the honor of performing at the TBS Just For Laughs Festival, New York UCB Theater , NY, LA, Chicago and DC Comedy Festivals and you just might have caught a glimpse of her in a few national commercials. She'd like to thank her family for their love and support, and a special thanks to Angie for being simply the best.


﻿WHAT THEY’RE SAYING ABOUT CLAUDIA MARTINEZ:

"she is fearless on stage even in the awkwardness, you never saw her loose her cool and no matter what the circumstance she found a way to make it funny and relateble to the audience."
-Miriam Coleheart
Audience Member at I.O. Theatre
Chicago, IL

"Claudia has a knack for finishing out a performance at her highest level. I seen her many times on TV and in person, every time is a new flare, a new feeling, it's just wonderful to see!"
-Mike Johnson
Director & Editor
UCB Theater Chicago, IL
​
Contact Claudia: Claudia@cometry.org 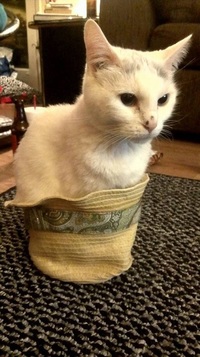 Scout (also known as "Scoots" or "Little Tiny") was found after being abandoned by the side of the road in her hometown in Massachusetts. Despite her rocky start, Scout thrived. She overcame adversity and settled into a life as a caretaker, delighting in the opportunity to mentor local cats and humans alike. Opportunities to counsel elsewhere arose in 2006, when Scout followed her human to New York City in the name of moral support. City life opened a lot of doors for Scout, and her passions grew exponentially. She was surrounded by the arts and soon found herself immersed in literature.


She is most inspired by T.S Eliot's 'The Naming of a Cat,' Pablo Neruda's 'Cats Dream,' and William Carlos Williams' 'Poem (As the Cat).' Today Scout is in her 70's and enjoying a relaxed, semi-retired lifestyle with her sister, Gemma, in sunny Austin, Texas. Scout occasionally collaborates with an Austin based comedy/poetry duo, COMETRY, as a content adviser and editor. She is still an avid reader, and has recently taken up gardening.


What they're saying about Scoots: